Happy 6th SLBirthday to Me!

Holy cow, I can't believe it's been 6 years already.  I haven't spent as much time here in the past year as I had in previous years, but rl got very busy of course and contrary to belief, having a husband who works in i.t. doesn't always guarantee you're going to have the latest and greatest in hardware.  You see,  I had a gaming laptop that was beginning to take a sh*t, so my husband called a friend of a friend to build me a new pc for Christmas.  I was really excited.  It had a Terabite (sp) of memory or ram or whatever but it was but it was a terabite (!) and the latest and greatest in Windows and CS5 or 6 (?) and I thought it would be the greatest thing since sliced bread and that my slife was never going to be the same.  However, I had problem after problem and then after 6 months the hard drive died on me. HI...no warrantee or anything with some dbag you contract on the side. Mkay..thankfully, most of the family pics that were on that pc (that I was painstakingly organizing! were backed up on a disc)
We also have a friend who works for a hardware company and he gifted me with a laptop that could be dropped from 8 feet and still be okay.  Well that's totally awesome but I'm still trying to figure out how I can upgrade the graphics & stuff without bugging my husband who works 50-60 hours a week fixing this stuff and doesn't want to have to do it at home.   And so this brings me to my 6th slbirthday/Happy New Year pic.  Happy New Year and holy cow my avatar is 6 years old!  :) 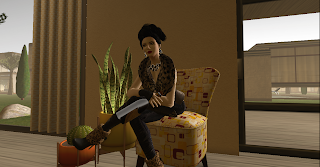 I also happen to be drinking champagne in rl!  Happy Freakin' New Year!
Posted by Alexx Usbourne at 6:02 PM